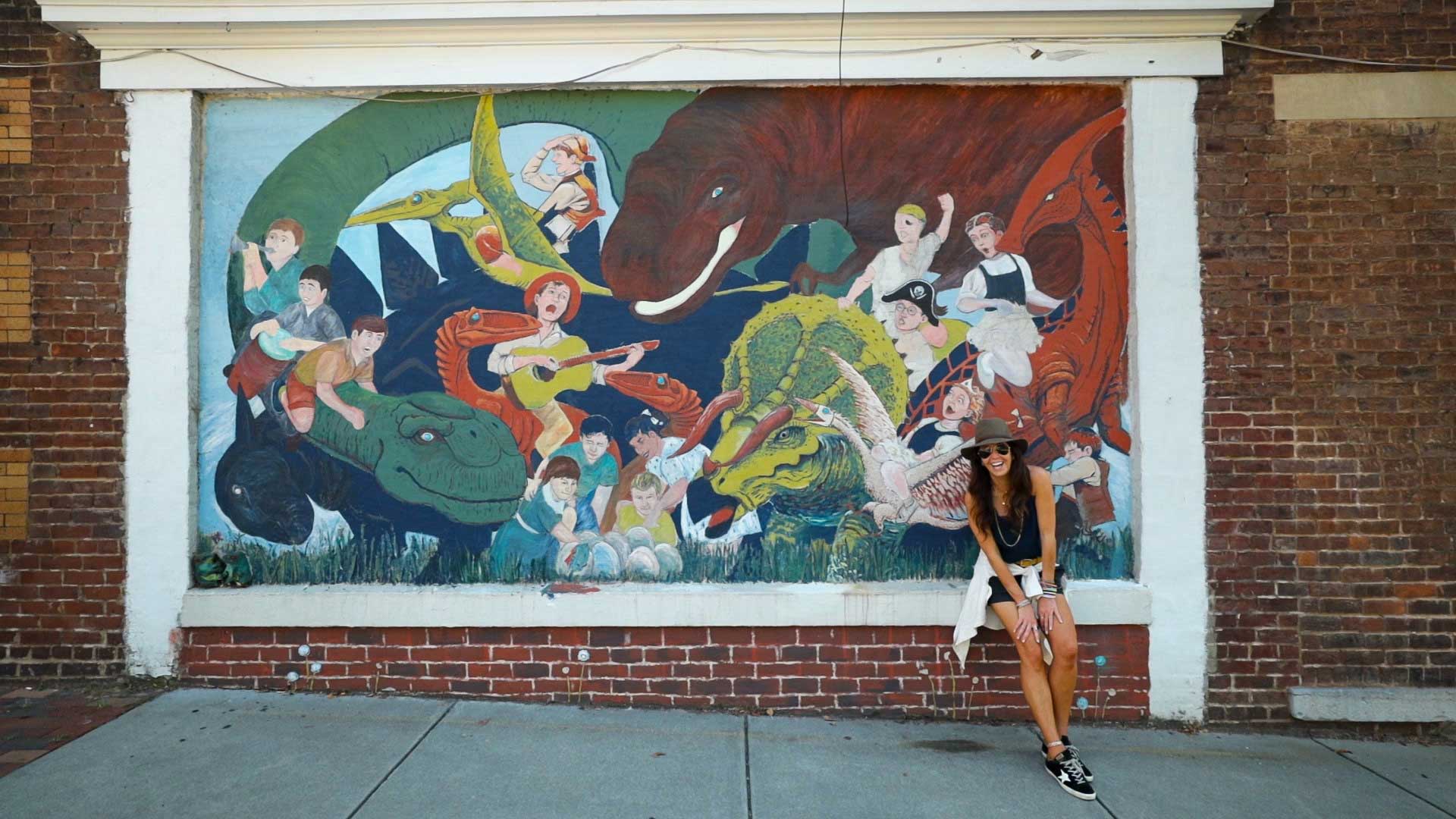 While most of the Shenandoah Valley’s beauty is naturally made—the mountains, the waterfalls, the forests, etc.—more and more it’s created by human hands. Small hamlets like Luray and Strasburg and bigger towns like Waynesboro and Harrisonburg are showing an escalating artistic spirit with numerous outdoor murals.

The murals have come about in different ways, and while most are relatively recent some are as old as the 1930s. Many were created for free; others were sponsored by local economic development offices or art councils. And the Virginia Street Arts Festival is the source of many in Waynesboro.

Below we display just a few of these fantastic works of art you may see as you tour the Shenandoah Valley.

Front Royal
Front Royal was the first town in the Shenandoah Valley to be named at Appalachian Mural Trail Town. Here are two of the town’s three murals. Strasburg
Murals in Strasburg have come about because of the Staufferstadt Mural Project — an initiative installing murals in the downtown area. According to its website, Staufferstadt Arts “works with world-renowned muralists to produce work that is tailored to speak to the community in which it resides on an emotional and/or intellectual level.” See these murals and more on King Street.  Photos courtesy Staufferstadt Arts Untitled by Jessie and Katey Truhn Luray
About 26 murals reflect the local history and beauty of Luray. The Hawksbill Greenway is a perfect setting for several, and other murals adorn buildings along Main Street or the surrounding area. All photos courtesy Luray Downtown Initiative/Eleanor Ames and Page County Arts Council. Harrisonburg
The Harrisonburg Downtown Art Walk is a resource for locals and visitors alike to engage with public art with nearly 30 local murals, mosaics, and sculptures. The art walk exists to share the talent of local artists. The LOVEwork mosaic was created by OASIS artists, community volunteers and students from Harrisonburg High School. The large mosaic incorporates tiles on which the students wrote “love” in their native languages. Photo by Andrew Cothern/Virginia Tourism Corportation

Lucy Simms, featured in the mural on the Elizabeth Street parking deck, was born into slavery yet became an inspiring educator who studied at Hampton Institute along with Booker T. Washington. She began teaching in Harrisonburg at the age of 17 in 1874 and continued until her death in 1934. Mural created by Andre Shank.

Waynesboro
“In recent years,” Waynesboro Tourism and Marketing Manager Jennifer Callison told us, “Waynesboro has seen an explosion of public art in the form of murals, primarily thanks to the world-renowned artists hosted by the annual Virginia Street Arts Festival. The eye-catching murals have brought so much color and life to our cityscape.”

Entitled Kaiya, by Nils Westergard/Sponsor: Waynesboro Economic Development and Tourism.  Completed on the old Cassco Ice Plant building in Waynesboro in October 2019 in less than one week as a part of the Virginia Street Arts Festival. Staunton’s strong artistic vibe is reflected in Christy Baker’s “You Belong Here.” Commenting on the work, Baker said she hopes “We can remind each other of our connectedness instead of our differences.”

Banner photo: Mural created by TJ Warsing and Greg Ballou, who used to own a tattoo parlor and gallery in that corner building. Photo courtesy Harrisonburg Downtown Renaissance